Has your dog recently developed a strange quirk of scooting? Seems a little weak or his belly has slightly bulged out?  Well, you might have to get him examined for intestinal worms.

Dogs can easily get worms because of their frivolous personality. They wander in the parks, play in the mud and get dirty – all that makes them more susceptible to worm infection. Besides that, most of the puppies inherit worms from their infected mother, during the gestation period when they are still in the womb or get them through mother’s milk.  This makes it extremely important for pet parents to remain vigilant of their puppies and adult dogs, and pay regular visits to the vet for a complete health check-up in order to prevent health issues.

Types of Worms in Dogs

Toxocara canis and Toxascaris leonine are the two types of roundworms that infect adult dogs and young pups. Roundworms usually appear like a round, white, long, spaghetti-like structures when seen under the microscope. When the dog ingests the infective larvae from the surroundings, most of these juvenile worms travel to intestines where they latch to the intestinal walls and derive nutrition. Some of them move through the liver and lungs where they are at times coughed up by the dog and swallowed again. These swallowed larvae then move to the small intestine, latch themselves up like others, grow into adult roundworms after feeding on the intestinal walls and lay roundworm eggs which are passed out into the environment through the natural elimination process. 90% of the puppies are born with roundworms which are transferred by their mother.

These are other common intestinal worms that are prominently found in dogs. Hookworms (Ancylostoma caninum and Ancylostoma braziliense ) are shorter than roundworms and are normally semi-transparent to white in color, with a bent head that allows them to entrench to the intestinal walls and suck blood. The larvae enter the dog’s body either directly through the mouth or through the skin and travel to the small intestines and lungs. Larvae that reach lungs are often coughed up and swallowed and reach the small intestines just like other worms where they grow after feeding and lay eggs. These eggs are eliminated in the environment through stools thereafter.

[Read] All That You Need To Know About Hookworms in Pets

Whipworms (Trichuris vulpis) with a 35-50 mm(2.16 inches) long body generally thrive in the large intestine and have a pinkish white appearance. They latch themselves to the intestinal walls by their slender anterior end and feed on the secretions from tissues. The whipworms eggs ingested by the surroundings pass through the gastrointestinal tract and reach the small intestine where they finally hatch into larvae. These larvae then travel to the large intestine and finally mature into adult whipworms. These adult forms then lay eggs which are later released through feces. Whipworms have slow activity and lay fewer eggs compared to other worms which make its diagnosis difficult. However, unless they burrow themselves deep in the walls, they do not pose much risk as other worms do.

Tapeworms are flatworms with a segmented body and they can elongate up to 15m in a suitable environment. Each grain-like segment has its own reproductive mechanism which aids in developing more segments of the body. Tapeworms normally reside and feed in the small intestine and are ingested indirectly when a dog inadvertently eats fleas. The segmented body of the tapeworms helps in releasing eggs by breaking the posterior segment. These segments and eggs are passed out in the stools and are visible to naked eyes as white grainy spots.

How Do Dogs Get Worms?

Symptoms Of Worms In Dogs

Dogs become fragile and weak due to excessive depletion of nutrition from the body by worms. Other symptoms of intestinal worms also include –

What Happens When Worms Go Untreated In Dogs?

It is important to seek vet’s advice if the dog has worms because when these intestinal parasites are left untreated, they suck an immense amount of nutrients from the dog’s body and thus make him malnourished. When the dog is left untreated for long, he may eventually die due to excessive loss of blood. Hence, worms must be treated as soon as the dog shows initial symptoms.

How To Treat Worms In Dogs?

A regular de-worming treatment must be followed to protect your dogs and puppies from intestinal worm infections. It is essential to treat puppies every 2 weeks after birth until six months for boosting their immunity against worm infection. Adult dogs are supposed to be wormed at least once a year or twice if he usually stays outdoors. Wormers like Drontal, Panacur Granules are very effective in treating all kinds of worm infections. However, make sure you consult your vet before administering any treatment.

Other than that, your pet also requires flea preventatives because most of the pets get tapeworms from fleas that make it important to keep your dog protected way in advance. Moreover, it is quite possible that your dog gets re-infested with worms even after receiving the treatment. Thus, it is important to repeat the treatment every 2-4 months so the new larvae don’t get a chance to infect your Fido.

Also, follow good hygiene and wash your dog’s paws every time he comes from outdoors.

Keep him well-groomed and well-fed to boost his immunity so he becomes less attractive to such infestations.

Your dog is just like a kid who needs your utmost care and attention.  Thus, it’s completely dependent on you how well you take care of him so he stays healthy and lively forever. 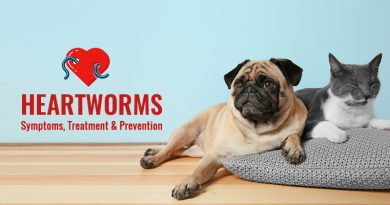 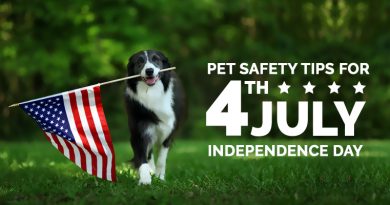 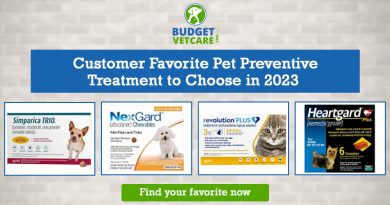 Are you looking for a special day to celebrate with your pet? We have got you covered. This blog takes