Halloween Day is an extremely popular festival which is celebrated with much pomp and splendor by people all over the world on October 31st every year. The festivities conducted on this glorious day include a lot of interesting activities with the primary event being the exclusive Halloween party games which draw the attention of one and all with their uniqueness and creativity.

However, it is important to consider the fact that our beloved pets are sidelined to a major extent during these celebrations leaving them in a state of anxiety and fear. At the same time, it is also possible that your beloved four-legged companion might sustain a fatal injury in search of some form of excitement or physical exercise if left unchecked throughout the day.

Considering this, let’s take a look at different types of Halloween games which can be conducted during parties involving your pets judiciously at the same time: 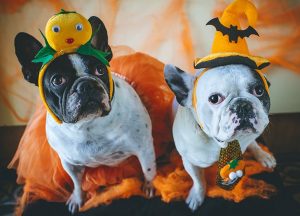 One of the best ways to ignite the competitive spark in both the pet parent and his furry companion would be to organize a contest which ranks pets on the basis of the innovativeness, attractive qualities of the costume worn by them. All the pet parents can join together and finalize an appropriate, lucrative prize for the pet couple which wins the contest finally with the ultimate winner decided on the basis of an audience poll. Such a contest will certainly stimulate the interest levels of your pet. 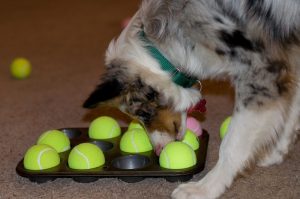 Dogs are extremely adventurous in nature and love sniffing out hidden items on the back of an extremely strong sense of smell. The perfect way to make Halloween a memorable day for your furry munchkin would be to organize a “treasure hunt” which tests him/her to the core. The dogs should be evaluated based on the swiftness at which they track down the hidden items with a treat gifted to the most efficient dog amongst all.

The relationship shared between a dog and his master should be one of trust, empathy and complete understanding. In order to test a pet parent’s abilities to understand the directions of his furry munchkin effectively, one can organize a simple contest which is both entertaining and creative as well. The contest should involve a set of tasks which involve the couple to function together in order to excel testing their levels of understanding, compatibility, and bond at the same time. Such an exercise can even help dog owners evaluate their relationship with their furry munchkin effectively, emerging as an eye-opener for some as well.

Dogs love showing off the wide variety of tricks in their arsenal and love boasting in front of their admiring audience. Providing them the perfect platform for demonstrating these skills along with the lure of the reward could prove to be quite enticing for your four-legged companion. All the dogs present should be encouraged to show off their finest skills in front of the audience with the winner being provided a lucrative gift as a sign of appreciation.

Your beloved Fido needs all the love and attention he can get from you. Such games can certainly make him feel loved and desired even on an occasion like Halloween which will surely make him adore you even more.

A Halloween Treat Of 12% Discount From Budgetvetcare 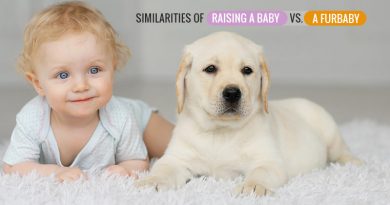 Similarities of Raising A Baby Vs. A Fur baby 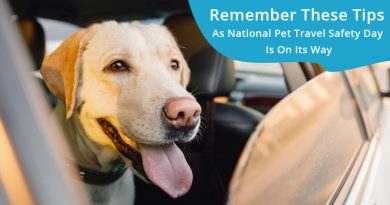 Get ready for the National Heartworm Awareness Month 2021

Celebrate With Pets News And Events

Supplies You Can Gift Your Pets For Christmas